Siubhan’s guided meditation have been a huge help for my daughter while preparing for dance competitions! They have helped my daughter remain calm and focused before a competition and while side stage. Before her major competitions she’s listened to her meditations and was able to truly get a good nights sleep!

Mom of U11 Dancer

Very often we find ourselves in a situation where our reaction seems disproportionate to what is currently happening to us.  In these situations we aren’t reacting to this one situation alone, we are reacting to the many times in our lives that similar situations have made us feel inadequate or badly about ourselves. Imagine that we are covered in Velcro, and every time someone says something, or does something to us that is hurtful or upsetting their words and actions stick to us and we are left carrying them around day after day year after year.

In a competitive environment, a dancer receives all sorts of messages from teachers, judges and fellow students, some of which can seem harsh, critical or unhelpful. And every time that dancer is in class, or competition and receives comments; they are responding not to those comments alone, but to all the comments that they have velcroed to themselves.

This meditation helps to clean the slate, to pull off all of the velcroed bits, so a dancer can approach dance and competition from fresh starting point.  It is also an important first step in developing a meditative practice.  It is hard to hear the positive messages in the meditations if you are listening to them while still carrying around all your old Velcro.

While this meditation is very valuable for dancers, it is equally beneficial for non-dancers.  Worthiness is a very tricky concept to understand.  It often shows up looking like a dancer doesn’t believe in themselves or have confidence in their abilities, but it is actually a sense that the dancer doesn’t feel like they are good enough to achieve their goal, or worthy of their accomplishments.  This lack of worthiness is often the result of the inherent nature of competitive Irish Dance.  A dancer can come off the stage feeling like they danced their best, and can come away with no placement, and at other times feel like they didn’t dance their best and get top placements.  This leaves a dancer often feeling that their accomplishments are random or luck rather than due to their skill or hard work.  Outside of dance, social media often sets us up for feelings of inadequacy by comparing ourselves to the seemingly perfect life of others.

This very powerful healing meditation includes Affirmations which are intended to be said out loud several times a week to reinforce a worthiness mindset.  I often have  dancers listen to this track and repeat the phrases while they are getting ready in the morning or taking a shower, really they can do them anyplace that they feel comfortable repeating the phrases out loud.

“Whether you think you can, or you can’t, either way you are right” Henry Ford

When it comes to your inner mind, your thoughts, feelings, beliefs and expectations are very powerful. They shape how you see yourself, and what you think you are capable of.

Beliefs are based solely on our generalization from the past, experiences, and other people’s messages about us, and the meaning we make from those experiences.

In this meditation, we will release these self-limiting beliefs and replace them with more positive ones. Allowing the dancer to see things in a new light, and believe more strongly in their abilities

Competing in Irish Dance requires strong commitment and long hours of work and dedication, so it is understandable to feel deep disappointment when things don’t go well due to injury or a disappointing loss. This level of commitment in performing makes you vulnerable to disappointment that can be a struggle to overcome mentally.  In this meditation you will learn to put this one experience into perspective, allowing its impact to diminish so that you can move on and become stronger, more determined, and more resilient.

Committing to a training program is hard, there are so many things that get in the way, and often we just feel too tired to get started.  While you recognize the benefits of training to enhance your dance performance, making it a priority is challenging.  Maintaining a consistent program is often harder.  This meditation will help you  to strongly identify with your training goals and internalize motivation to train to reach these goals.

Get into the Zone for Dance Class

There is a saying that you perform like you practice, how you show up mentally to dance class matters.  It is often harder to set aside the distractions of your day in dance class than a competition.  A lot of mental and physical preparation goes into competition, but with dance class, you are at the end of a very long day of activities and school, and rushed through some homework in the car to jump out and need to be at your best for your teachers.  To achieve your goals as a competitor, you need to be able to get into the zone, not only at competitions, but also in dance class.  This meditation will help you create the right mindset for you to be at your best in class.

Dancing In The Flow

I have teachers send their students to me saying they dance perfectly in class, but it doesn’t translate to competition. Dancers often seem to lose attention and become unfocused while on stage, sometimes forgetting their dance completely. The stress of competition and the attention on results takes a dancer out of the zone and into their heads.

This meditation helps dancers to relax their mind so that their muscle memory can take over and execute the dance as they have trained. We begin this meditation with a breathing exercise which activates the parasympathetic nervous system, pulling them out of their stress response to competition.  Triggering the parasympathetic nervous system, calms your body and mind, so that a dancer can compete from a clam, and clear focused frame of mind.  It allows them to dance in the flow; body and mind in perfect harmony.

To succeed in competition, you need to focus not only on your physical training, but on creating the proper mindset as well; a winning mindset.

Being a winner isn’t about dancing perfectly and winning every competition every time. Every dancer has to deal with times when they don’t succeed.  But the time to review where things went wrong and correct issues in a dance is after competition.  During a competition, a dancer has to focus on the certainty of their ability to win.

By learning to focus their attention in this, confident and affirming manner, they develop the mindset of winner.

Affirmations are positive statements that can help you to challenge and overcome self-sabotaging and negative thoughts. When you repeat them often, and believe in them, you can start to make positive changes. Affirmations are different from meditations in that they are spoken aloud. In conjunction with the Winning mindset meditation, they continues to positively reinforce a winning mindset. I usually tell dancers to put it on while in the shower or getting ready for the day.

These meditations are beneficial for everyone, not just dancers.

These mindful practices allow your mind to rest and recharge so that you can handle the stressors of your day from a calmer frame of mind. Learning to let go of your stress for just 10-15 minutes during a meditation trains your mind on how to release stress. So rather than walking around with stress piled on stress, your mind learns to let it all go, allowing you to deal with stressors individually, and then release them.

I had a psychology professor once say “Sleep is the one thing where the harder to work to achieve it, the harder it is to attain it” and anyone who has spent a night tossing and turning can attest to this. There are many causes for sleeplessness and while it is very important to address anxiety, depression and behavioral causes for sleeplessness not being able to sleep is a cause for anxiety all on its own.This gentle and relaxing sleep countdown will help you release the stresses of the day and ease your body in to a deep and restful sleep.

We live in a very fast paced, hectic world.  The pressure to stay connected, be everything to our children, spouse, and friends creates a very busy mind, often preventing us from getting to sleep at night.  And all of this mental chatter actually prevents us from being all that we can be to everyone that needs us.

Taking 10 minutes to stop, and quiet your mind will make you more mentally available and effective in the things you need to do.  Learning how to quiet your mind amidst chaos is a valuable skill for not only peace of mind but allows more clarity in thought patterns and problem solving. 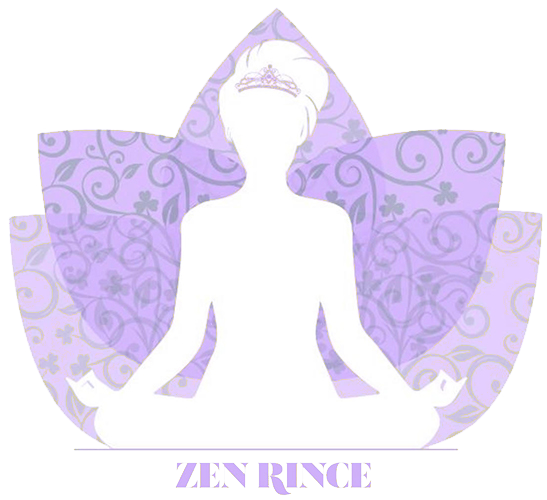